We arrived in Kuala Lumpur quite early, so stopped off for breakfast on our way to the hotel. I’m pleased we did, as the check-in experience was strange enough as it was – if we’d also had empty stomachs and no caffeine, it’d have been even stranger I’m sure. I can’t remember the name of the hotel, but could find out if anyone’s desperate to know. We booked online through hotels.com (or similar) and it’d almost sounded too good to be true. Our own room in a hotel with a pool for only £20-something a night between the three of us. This was all accurate, but it wasn’t like any other hotel I’ve ever stayed at. It was basically run by some people who either owned or rented a number of apartments within a condo. A security guy had to take us up to the apartment that acted as the reception. There was then a bit of kerfuffle as the ‘hotel’ staff checked our booking and decided on what to do with us. They initially said we’d have to come back later for check-in, which is what we’d been expecting with arriving so early – we just wanted to leave our bags somewhere. But then they said we could check-in straight away and took us to our room, which was cool. It wasn’t the one we booked, but it was either the same or better. It was inside an apartment, with its own little kitchen area, which was nice. There were a couple of other rooms in there too, but they were empty as far as we could tell. The room itself was really nice, plus it had a separate lounge type area too. And yes, we also had use of the condo’s pool and other facilities. It was pretty great really – just somewhat surreal.

After a bit of a nap, as we’d hardly slept on the train, we went and checked out the pool. It looked very nice but it was rather on the cold side. Martta wasn’t bothered by that (Finns are used to the cold!) but Jamie and I didn’t stay in for very long.

We had three nights in Kuala Lumpur. On the first couple of days I was really tired, plus I had a lot on my mind and just wasn’t really happy. I was even worse company than I’d been in Langkawi, so I kept myself away from Jamie and Martta for quite a bit of the time – as much for their benefit as for mine. It did mean that I missed out on the free walking tour that they did, which sounded really great, but I just didn’t feel up to it. On the third day, however, Jamie and I got the opportunity to talk for a while, which we really needed to do. The outcome was that we decided to split up – not a happy thing of course and not an easy decision, but we both agreed it was for the best. I did initially contemplate flying home from Singapore, where we were headed to next, as thought it might be weird to keep travelling together, but it really wasn’t. Things were actually a lot better after that – mostly because I wasn’t all moody from being bogged down in contemplating whether we should split up or not.

Anyway, because of all that, my memories of Kuala Lumpur are generally not that great. Although our last day there was pretty good – the break-up aside, of course. We went to the Batu Caves during the day, which were stunning. Then in the evening we went and watched the fountain display thing in front of the Petronas Towers, then met up with some friends of Martta’s and went for food and drinks. It was a fun night, though did mean we got back fairly late. That wouldn’t have mattered so much if we hadn’t had to get up so early the next morning to go and catch our flight to Singapore. I think we had about 3 hours sleep – if that. Not that our flight was ridiculously early, but it takes quite a long time to travel to the airport in KL, so yeah, operating on minimal sleep had become a bit of a theme of the trip. 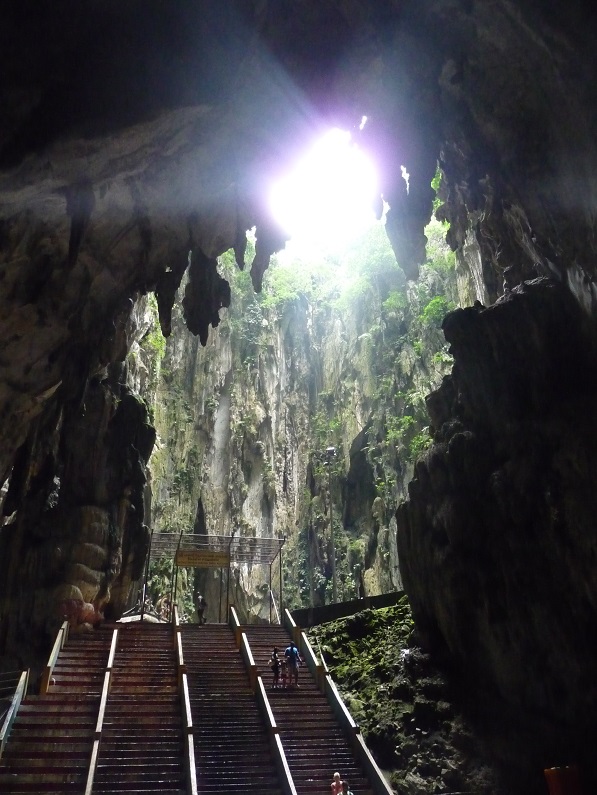 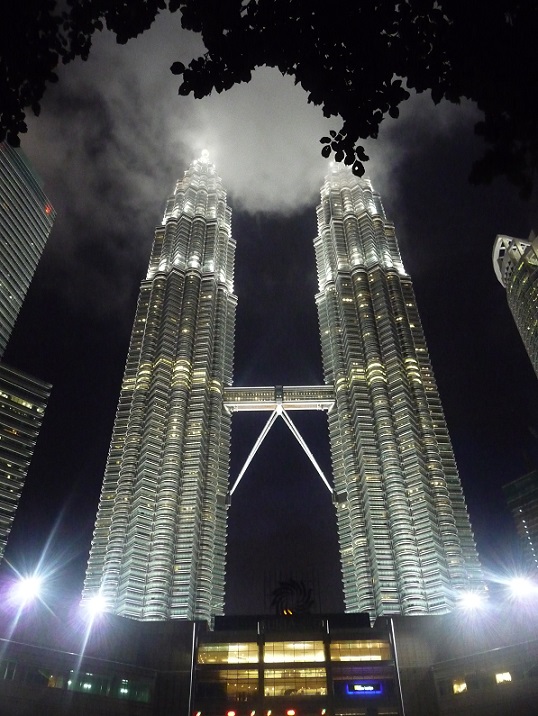 Posted by chantalpatton 04:36 Archived in Malaysia