In Singapore we stayed at the wonderfully named Happy Snail Hostel. It’s a really small hostel, with just three rooms, but it was great. It helped that the owner had over-booked the 8 bed dorm we’d booked into, so we got put in the 4 bed dorm instead, which we had to ourselves. But it also had a really nice atmosphere and the owner was really friendly and helpful. Plus a breakfast of toast and spreads was included, which is always a bonus.

After checking in to the hostel, we headed out to meet up with my friend Yumiko. She was my flatmate at uni (along with Anna who we stayed with in Moscow) and I’d not seen her for about 10 years, so it was quite exciting. We’d arranged to meet at a subway station, so we made our way there on the bus. Martta needed to go sort out her return flights to Finland though – she had a return flight booked from Bangkok, but as there were problems going on in Bangkok at the time, she didn’t exactly want to head back there if she could avoid it. So her and Jamie headed over to the offices of the airline she’d booked with, to see if they could alter the date and route of the flights, as Martta was also keen to join us on our onwards travel to Indonesia.

Meeting up with Yumiko proved to be a bit more difficult than it should have been though. There were quite a few entrances and exits from the subway, so we both ended up at separate ones. I sent some texts to her that I don’t think she got – plus she’d sent me a message on Facebook that I hadn’t seen. She then tried phoning me, but we could hardly hear each other and it used up all my phone credit. I then desperately tried to find some wi-fi so that I could message her through Facebook, but that wasn’t very successful. It was starting to feel like we just wouldn’t find each other. But then we both started walking between the various entrances and fortuitously managed to bump into each other. Hooray! Such a relief. We headed to the general area where we’d agreed to have lunch and where Jamie and Martta were going to head to once they were done at the airline. However, I’d said I’d text them with a specific location, which I couldn’t do now I had no credit left. This led to us sitting outside a hostel and using their wi-fi so that I could top up my phone credit. Well, I tried to anyway – my tablet was so slow at loading up the pages that I ended up getting a text from Martta first. Thank goodness for still being able to receive texts when you’re out of credit. Her and Jamie had found a restaurant to go to and it was only about 50 metres from where we were sitting. Perfect. We all met back up and had a nice dinner together. It was really great to get to see Yumiko and to catch up after so long. Plus she recommended some things for us to do, of course.

That evening we went for a walk around the Merlion Park area. It was just how I’d imagined Singapore to be, which is a big compliment – I’d really been looking forward to seeing Singapore. I’m a big fan of cities and it was definitely my kind of city. It’s just a shame it’s so expensive – particularly compared to the other places in Asia we’d just been visiting. I’d love to go back at some point in the future when I have more money. Anyway, I had a great time walking around that area – for some reason I was filled with a general feeling of serenity and optimism – at least until the lack of sleep finally hit me! 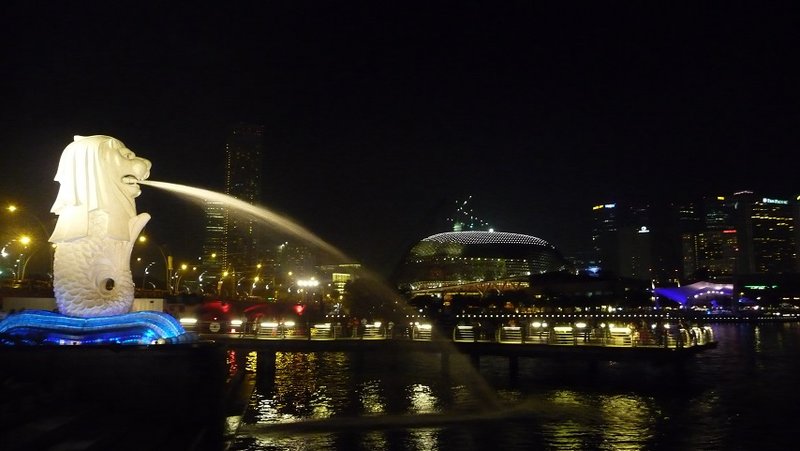 On our first full day in Singapore we went to the zoo, as we’d heard great things about it. It wasn’t quite as big as I was expecting, I have to say, but it was still a really good zoo and a very enjoyable way to spend the day. There aren’t any cages used; the animals are kept separated by ditches and water and such like methods, which gives the zoo a nice natural feel to it. It also means you can get some really good photos. 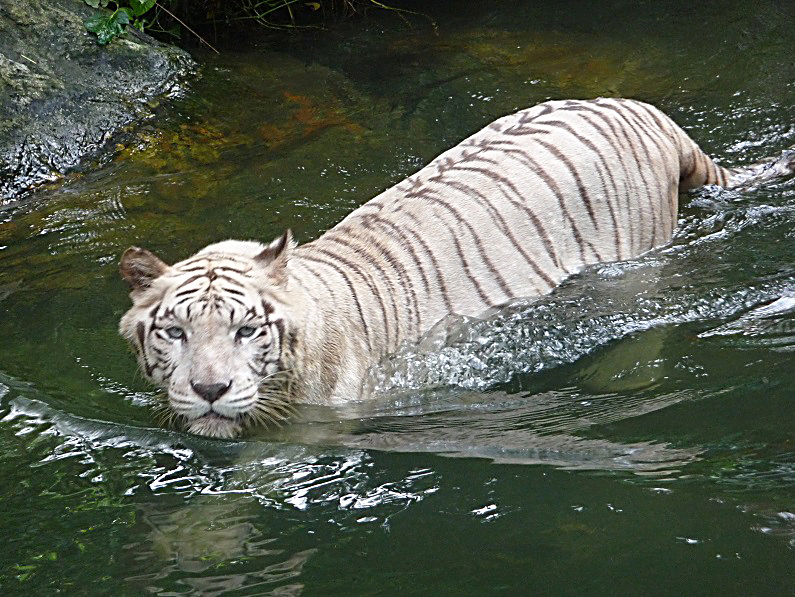 The only negative thing about visiting the zoo is the process of leaving it – especially if you’re there when it closes (which we were). The queue for taxis was ridiculous. We stood in it for at least half an hour and were still quite a way from the front, so then decided to go get a bus instead. But of course we got there to find there was a queue for that as well. Thankfully a much shorter one though, so we got on a bus fairly quickly really. Albeit one that was unpleasantly packed full of people.

Our second and final full day in Singapore wasn’t quite as successful as our first, though largely because it was raining most of the time. We headed to Little India in the morning, just to have a walk around the general area. That was made less fun by the rain though, of course. Still, we had a nice cheap lunch in a food court there. Then we went in search of somewhere to have coffee and keep out of the rain for a while. This took longer than expected, though we did come across a free exhibition of Japanese Characters (as in cartoon characters – not Japanese text), which was pretty cool and kept us dry for a while.

After we did eventually find somewhere for coffee, we headed to the Fountain of Wealth. We’d read that if you touch the water and then walk clockwise around the fountain three times, it’s meant to bring you wealth. We were all feeling in need of some wealth, so this seemed like a good idea. However, we’d not realized that it had opening hours! Opening hours that we’d just missed. No wealth for us.

We then headed to Chinatown as we’d read there was a temple there that offered free vegetarian food. However, we were again victims to opening hours – it was more of a lunch affair and we’d been hoping to go for dinner. So we had to find somewhere else for dinner in Chinatown instead. That wasn’t a problem, though obviously much more expensive than free.

Still, despite not managing to do much on our last day, I did really enjoy our time in Singapore. Plus there were plenty of things we didn’t get to do, either because of time constraints, money constraints or weather constraints! So definitely a place to go back to at some point.

Posted by chantalpatton 03:22 Archived in Singapore