We couchsurfed in Seoul, staying with an American guy called Michael. We even had our own room, so it was more like bedsurfing I guess, though without any slutty connotations. Michael was a great host - we didn't get to hang out with him a huge amount as we were only there on weekdays, but we'd chat to him for a while in the evenings and watch some TV together. He was also doing a cool thing with his couchsurfers where he'd take 2 polaroid photos of him and them together - one for him to keep and one as a memento for the surfers.

Michael's apartment was in the Itaewon area, which was a perfect place to be - it was full of restaurants and bars. As much as I love Chinese food I was kinda sick of it by the end of our time in China - it's not that you can't get other cuisines there but there's not a huge amount of choice and it's a lot more expensive. So to suddenly be on this street in Seoul that was filled with restaurants of every cuisine imaginable was rather exciting but also a little overwhelming. We ended up going to a Mexican place on our first night. The only element of our time in Seoul that wasn't so enjoyable was how expensive it was in comparison to the previous 2 countries we'd been in. It was quite comparable to UK prices. Although drinks were more like London prices, so we didn't do much drinking there.

I really really liked Seoul as a city. It felt kinda familiar somehow. Even riding the subway was a pleasant experience - it was clean and spacious. We only had a few days there, mostly because it's not so cheap, so I'm sure there's loads of stuff we didn't get to see, but some highlights:

- Namsan Park and N Seoul Tower - we didn't pay to go up the tower but you don't really need to as you get a great view over Seoul just by being at the top of the hill where the tower is. There's also an impressive amount of Love Locks up there. We made it up just in time for sunset, which was great. 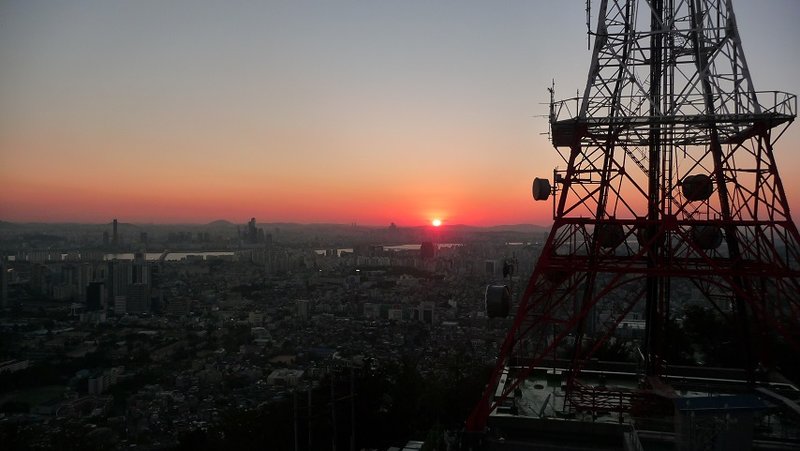 - Leeum, Samsung Museum of Art - I'd mistakenly thought this was free. It wasn't expensive but it's also not that big. There were some interesting parts in the contemporary section but overall I wasn't that impressed. It kept us out of the rain for a while though.

- Korean War Memorial and Museum - This one was free and it was amazing! We went there a couple of times as there's so much to see. Definitely one of the best museums I've ever been to - brilliantly done and with some nice interactive touches as well. There are a few 3D and 4D cinema things that run every half hour for about 10 minutes, which are totally free as well. Plus I got quite excited by the toilets! They had a control panel of buttons, so you could heat up the seat and spray water at your bum and who knows what else!

On our last night we stayed at a hotel near the airport as we had an early flight the next morning. We took the subway to the airport, which was quite fun as you get a fanfare when the train approaches. We then got a free transfer from the airport to our hotel. We got one back the next morning as well.

The hotel was called Oceanside and it was really nice. It was on quite a run down street but the hotel itself was really nicely decorated. Our room was pretty lush and had one of the futuristic toilets plus a jacuzzi! We went for a brief walk to the nearby beach (where the sky looked amazing), popped into a 7 Eleven for snacks (and to use up our Korean money), then went back to our room for a bit of a feast and to play with the jacuzzi. 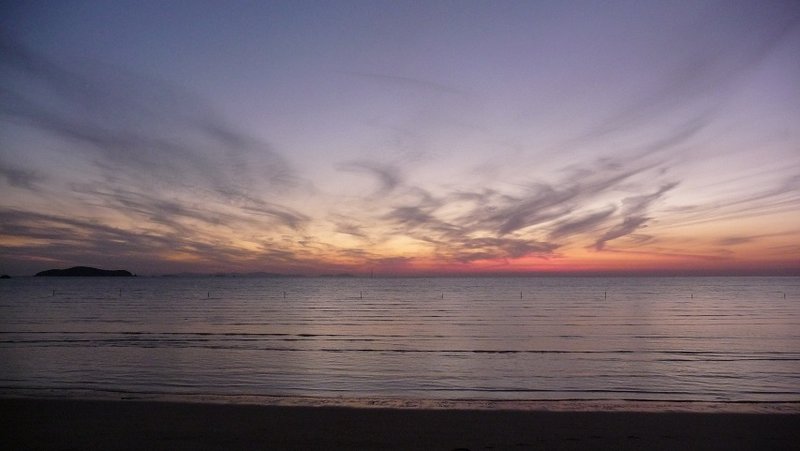