We took the ferry from Buenos Aires over to Colonia in Uruguay, then a bus from Colonia to Montevideo and another bus to Pocitos (the area of Montevideo we were staying in). We stayed at Pocitos Hostel, which was a small hostel in an old house - quite a contrast to The Ritz in Buenos Aires, which was a pretty big hostel. It was a nice little place, albeit pretty basic. Breakfast was just cornflakes and toast (plus tea and coffee), though that's pretty standard for hostels really.

We only had 2 full days in Montevideo, but that was fine, there's not as much to see as there is in a place like Buenos Aires. On the first day we walked into the city centre and old town and checked out all the major sights, as well as popping into a few free museums. Then on the second day we stayed in the Pocitos area and went down to the beach and had a general walk around. It was a nice place and I enjoyed our time there, though I seemingly don't have much to say about it! I suppose I had developed a cold by this point too (which I'm still fighting off). I didn't take a huge amount of photos either, but here's one of Plaza Independencia (Independence Square): 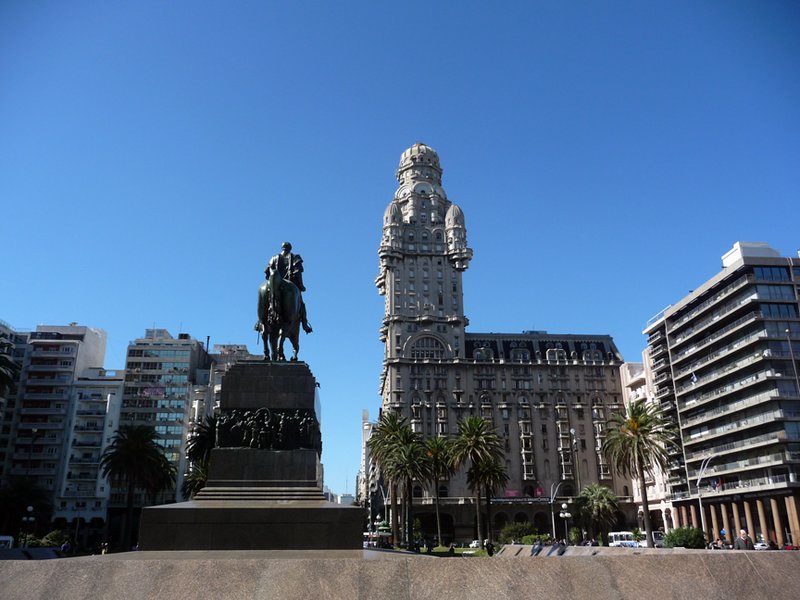