Our train was late in to Budapest, but that wasn't a problem - we headed straight to our hostel and checked in. We stayed at Origo Hostel and had a private room. It was a nice little place, I'd recommend it. It was also handy being back in a hostel as it meant we could get some laundry done and also cook our own food. Infact that was mostly what we spent that first day doing, though we also had a brief walk about. It was very very hot though, plus no air conditioning yet again - argh!

We just had the one full day in Budapest and that was reserved for going to Sziget Festival to see Blur. We did contemplate doing a walking tour in the morning as well, but that ended up being less desirable than having a bit more sleep. Sziget was great though - we'd not been to a festival since September 2010, so I'd almost forgotten how much fun it is just walking around them and spotting all the strange and quirky things (at least if it's a good festival). There was giant furniture, big eggs made out of straw that you could get inside, some love nests, Alice in Wonderland themed areas, a part where you could play fairground games and try and hook some plastic fish... lots of fun to be had. We saw some of Mystery Jets and !!!, but mostly just explored the festival until Blur were on. Blur were great, of course, though the set seemed so short, which is the way with festival slots I guess. Afterwards we had some more drinks, plus met some people from Cardiff Uni - the first Welsh people we've met on our travels.

So yeah, we didn't see much of Budapest itself, but we were there for the festival and the festival was great. Plus Jamie's been before. I did get to take some photos of myself with a statue though, which is something I seem to be building up a collection of now. I didn't actually take the photo myself of course, but here you go: 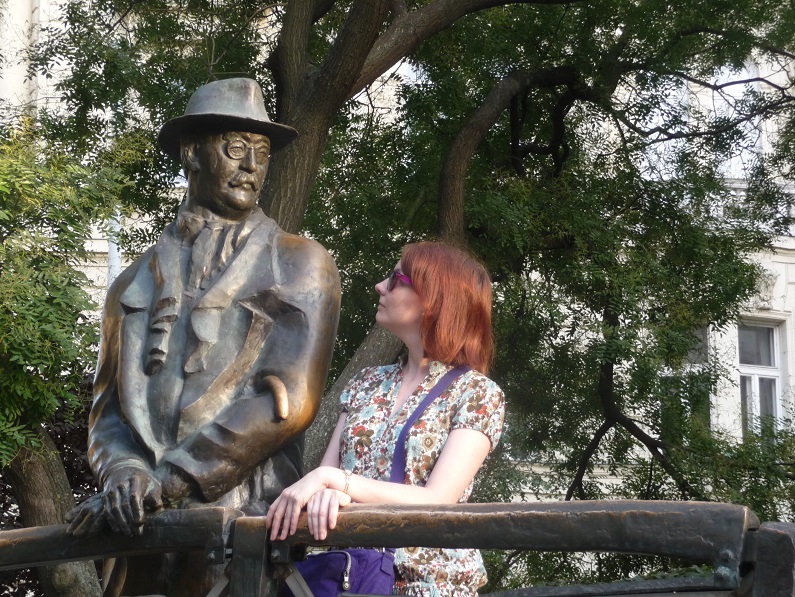