Our flight from Boston got us into Keflavik just after midnight. We then had the bus journey into Reykjavik, which takes about 45 minutes, so we arrived at our hostel quite late and ready for bed. Unfortunately it wasn't as nice and easy a check-in as it should have been. The hostel was Hotel Floki and the general checking in process was fine, but we had problems when we tried to enter the dorm and our keys didn't seem to work. As our fellow dorm-mates were all trying to sleep, they probably didn't appreciate us wrestling with the door for about 5 minutes. Eventually someone in the room just let us in, but as it seemed like we'd been given the wrong keys, we went back to the guy at reception to tell him. It turned out that the keys were the right ones, it's just a rubbish lock and you need to get it in exactly the right position in order to open it. Slightly annoying, but at least we could go to bed now right? Nope, our beds were lacking in any bedding. We thought the receptionist had just forgotten to give it to us, so we went back to him again, but no, bedding's just not included, you have to pay a daily fee to rent it! This turned out to be commonplace in Iceland as they expect you to take your own sleeping bag for some reason, but it's not something we'd known about in advance. We'd booked through Expedia and there'd been no mention of it on their website, so we did manage to wrangle ourselves some bedding for free, though they didn't have much available (despite the fact you'd usually have to pay a hefty fee), so we ended up with a sheet and a duvet between us (I took the duvet and Jamie made do with the sheet). Not the greatest introduction to a hostel. Plus we were in a 5-bed dorm and one of the other people in there (who was there for the duration of our stay) was pretty weird and slightly creepy and snored incredibly loudly and in a variety of ways. Obviously you can't blame a hostel for the other residents, it's just something you have to put up with in dorms, but it still didn't help our overall hostel experience. On the plus side though, the free breakfast was pretty good.

We had 2 full days in Reykjavik before we headed up north for a bit. The weather wasn't brilliant, sadly, it was overcast and we had some rain spells. Still, it's a really nice city. Our first day was spent exploring the city itself, including going up the tower of the Hallgrímskirkja church which was quite an iconic sight to me, but only because Jamie's had it in his Facebook profile photo since he first went in 2006 (I think). You get a good view over the city, though it was a shame it was so cloudy. 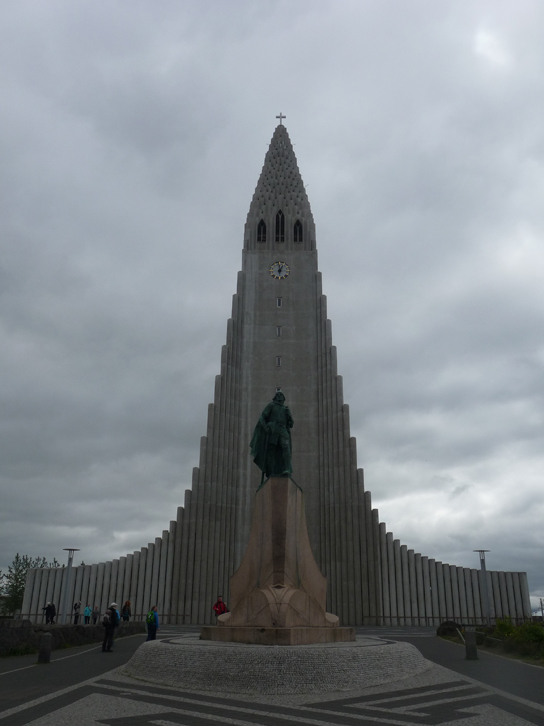 We also discovered some nice cafes and bars during our first couple of days. Micro Bar's a fairly new place that serves microbrews and where you can get samplers of the beers (which we did!). It had a nice atmosphere too and we got chatting to various patrons as well as the barman. Another really nice place is Stofan Cafe, which is a cafe/bar with lots of old furniture and a really laid-back vibe. We went there a few times for both coffee and beer (though not simultaneously).

On our second day in Reykjavik we did the Golden Circle tour which takes in Gullfoss waterfall, the geysers at Haukadalur and the Þingvellir National Park. It also randomly included a trip to a tomato plantation, which wasn't quite so exciting, but it was a really good tour overall. The highlight's probably the geysers, just because the novelty of water shooting straight up in the air doesn't get old. 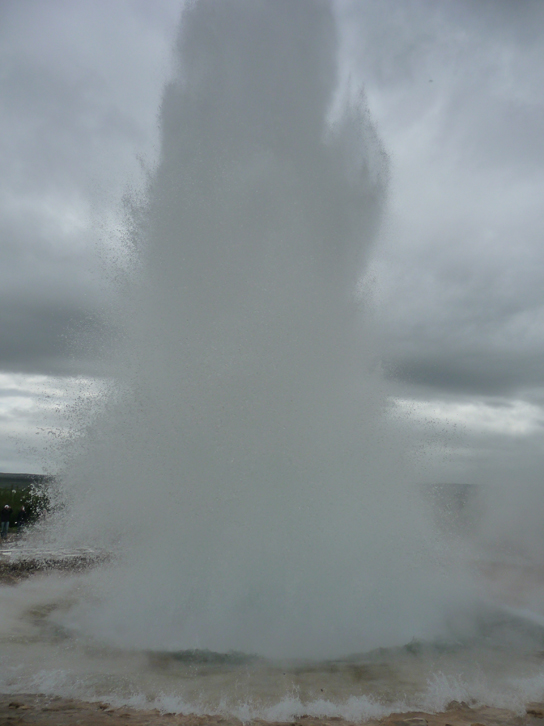 On the 26th we had an internal flight up to Akureyri. We didn't want to lug our suitcases all the way up there (or pay to take them on the plane), so we'd arranged to leave them at Bus Hostel, where we were going to be staying on our return to Reykjavik. We then walked from there to the airport, which wasn't too far and would have been quite nice if it hadn't been raining pretty heavily. We got there quite early, but it gave us time to dry out a bit. As we were just taking hand luggage with us, we'd had to leave behind our toiletries and I had to wear my glasses for 3 days, which was a little bit annoying. What made it more annoying was when we got to the airport and discovered that there aren't any security checks for domestic flights and we easily could have taken our toiletries with us. Oh well. We did buy a few basic things while we were there - we weren't completely disgusting or anything - but my contact lenses would have been quite nice to have.

The flight itself was mostly fine until it got to the descent. It was a pretty small plane and as we approached Akureyri, I saw the runway out of the right-hand window. It was parallel with us, but we were still pretty high up. I figured we'd have to circle around quite a bit so that we could slowly descend. Oh no - this wasn't necessary. We basically did an aerial u-turn, whilst also diving downwards very quickly. I'm used to ascending at quite a steep angle, but not descending at one - it was slightly terrifying! Although I say this as someone who's scared of rollercoasters and stuff, so my terror level is quite a bit lower than most peoples'. Still, I was relieved when we were safely on the ground, which was pretty damn quickly. Jamie was amused that I kept instinctively reaching my arm out to grab on to the seat in front - like that was somehow going to save me if we ploughed into the ground. I wasn't even aware I was doing it. Still, we did arrive safely and walked for about half an hour into town.

Akureyri itself is a nice little town - quite quirky, like Iceland seems to be in general. We stayed at Akureyri Backpackers, which was really nice - the dorms were nice and clean, there was a decent kitchen and the communal area was a cafe/bar with a good atmosphere. Again you had to pay for bedding, but this time we'd known in advance and the fee was for your entire stay and not per night. We were in a 6-bed dorm and were sharing with 3 guys from America (one of whom was originally from Canada) who were really nice, so it was a big step up from Hotel Floki. On the day of our arrival we went for a walk around town, including up to the church (which is quite similar to the one in Reykjavik - it was the same designer) and the botanical garden. We also went and bought some groceries so we could cook our own meals. Iceland's not cheap! With the excursions we did and the general cost of food and drink, we spent more money there than anywhere else by far.

For our one full day in Akureyri we'd booked on to a bus tour. It was a nice and small bus tour, on a minibus, so quite a different experience to the Golden Circle tour. The tour was this one. It was a long day, but a really enjoyable one. We saw some beautiful landscapes and the rain even held off. 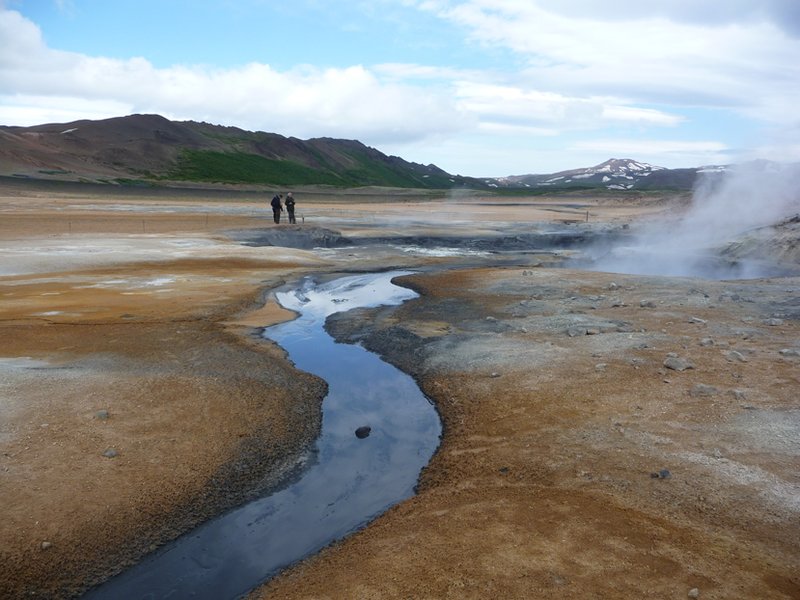 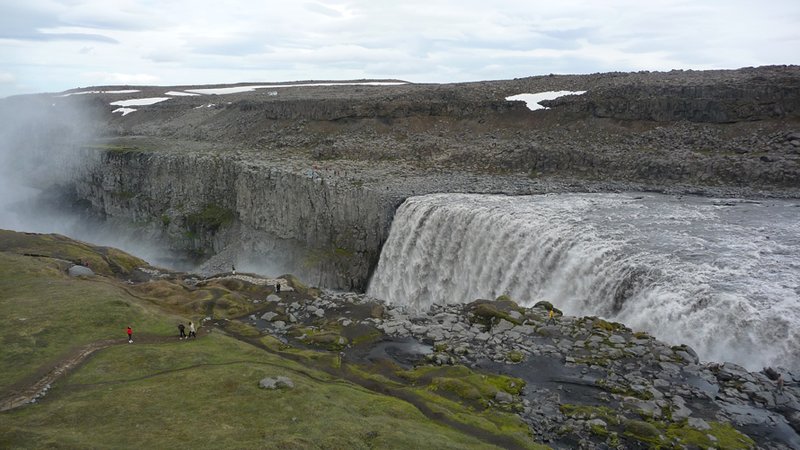 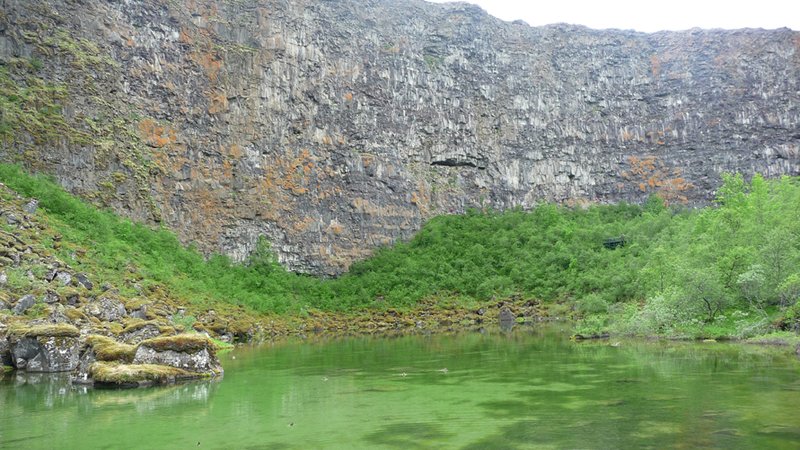 We then had the majority of another day in Akureyri. That's because the cheapest flight back to Reykjavik was an evening one. In retrospect it would have been better to have booked the flight back for the previous evening, so we could have finished the day tour and then flown back and had another full day in Reykjavik. Nothing against Akureyri, but there's not a huge amount to do, particularly for free. We hung around the hostel for a while, playing cards and chess and using the kitchen to make lunch, then we went out for a walk. We found a slightly overgrown path up a hill and followed it to a cool hidden-away lookout over the town, next to a waterfall. It was like our own little secret discovery - very cool.

Our flight back to Reykjavik was much less scary than our one to Akureyri had been, thankfully. We got back and headed to Bus Hostel, where we'd left our suitcases. It was a strange location for a hostel, being on an industrial estate, but it was just a short walk into the city, plus handy for the bus station and domestic airport. It looked like it used to be offices, but they'd done a good job in turning it into a really nice hostel. The communal area was particularly cool as it looked like an antique shop. The dorms were also a really good size, plus we were the only people in ours for the 2 days we were there, so it was like having a private room. There were also lots of funny and quirky signs and quotes about the place. The only slight annoyance was that you couldn't properly lock the bathroom doors. As everything had keycard entry, you could unlock all the bathrooms with your keycard. It was best to assume that if the door was closed there was someone in there.

Our last full day in Iceland was also Jamie's 30th birthday. He wasn't exactly excited about turning 30, but we had a really good day. We headed to the Blue Lagoon for the afternoon, which is a fun and surreal experience. I knew it was all naturally heated, but for some reason I'd not expected the ground under the water to be quite so natural - you have to walk quite carefully so you don't stand on any pointy rocks. Not that they're jagged, they're pretty smooth and coated with something, but still a bit pointy in places. It just adds to the experience though. 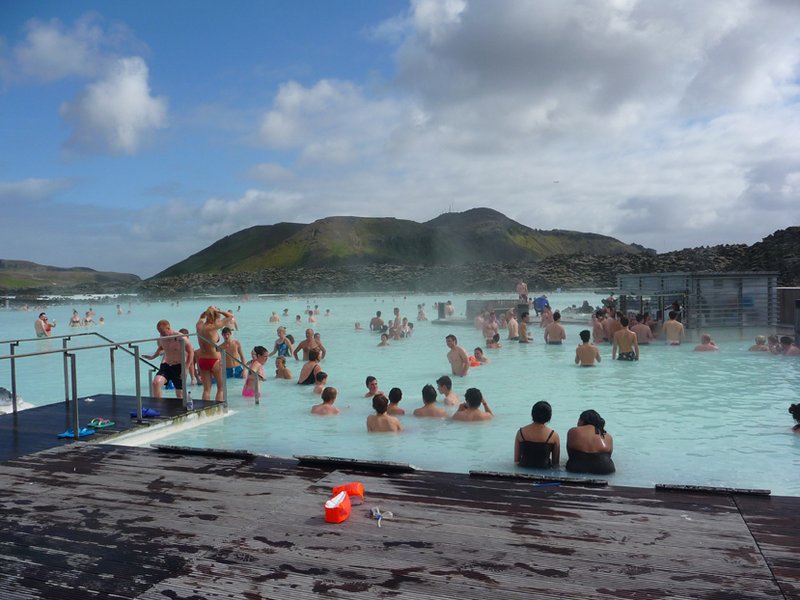 In the evening we met up with a friend of Jamie's from his previous visit to Iceland, plus some friends of hers. She runs a Reykjavik blog (this one) and as part of that she's set up the aim to visit all bars in Reykjavik before the end of the summer. We pulled a few out of a bag and visited those. It was a fun night and in one of the bars they got the musician to play Happy Birthday for Jamie, hee hee. We headed back to the hostel at about 2am, which usually wouldn't be too late, but we then had to get up at 4:15am in order to get to the airport for our flight back to the UK. Ugh. That part wasn't so much fun, but Iceland in general was great.